Due to Government guidance, Hampton Gardens is closed.

The Year 7 team, had a tough group including City of Peterborough Academy & Thomas Deacon Academy providing competitive and well fought matches winning 1-0 and 3-2 respectively. They went on to face The Peterborough School in the semi-finals winning 4-2, going onto play The Kings School in the final. It was a tense game where every minute counted, unfortunately they lost 2-1 but showed amazing team spirit throughout!

Well done to the Year 7 team! 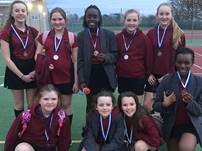 The Year 8 team also had a difficult group, but managed five wins making it to the semi-final against The Kings School. They lost 4-0 but kept their spirits high and re- focussed for the 3rd/4th place play off against The Peterborough School. The girls were calm, collected and controlled with all their passes taking a strong team into extra time. Unfortunately they lost 4-3, placing 4th overall this is an excellent achievement, with great resilience on show!

Well done to the Year 8 team! 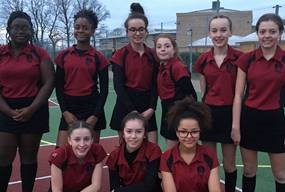